Hope, Humour, and Happy Ever Afters 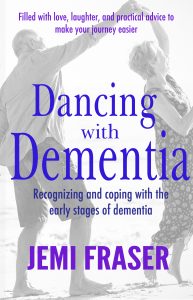 “You’ll find yourself alternating between laughter at the author’s dark humor and wiping away tears as she shares poignant stories about the impact of this terrible disease. Be prepared to set aside a serious chunk of time once you pick up this book. Once you start reading it, you won’t want to stop.”

Dementia is devastating. It steals memories and connections. It can break hearts and lives. Our Loved One, Lizzie, has dementia, and we’ve learned a lot about helping her.

DANCING WITH DEMENTIA can help you navigate those early stages of dementia with love and laughter. We’ve learned to dance some of the steps with Lizzie and we hope what we’ve learned can help you as well.

Check out the links below for more information on the book.

Also check out the blog and my YouTube channel DANCING WITH DEMENTIA: QUICK TIPS for some practical tips that might help you today! 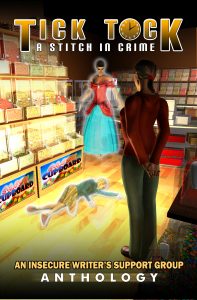 Early release for good behaviour means Sean Walker is counting the minutes until he’s free. He’s not the only one counting down, but the others don’t have freedom on their minds

Enjoy this story and 10 other mystery and crime stories from 10 terrific authors!

Until Release by Jemi Fraser ...... a count down to a killer's release and the welcoming party waiting to greet him. Thoughtful and tense, a great finish to the collection.
Colman Keane Amazon Reviewer
Amazon.com
Goodreads
Amazon.ca
Dancing Lemur Press

Freelance writer Myla Esperanza wants to learn all things winter, but landing in a ditch before reaching her destination wasn’t in the plans. Neither was being a damsel in distress. The man who helps get her and the car out of the ditch in less time than it took her to put them there is more Grumpy Recluse than Prince Charming.

Sawyer Banks only does the winter guide thing to prove to his sister he’s still a functioning member of the human race. He’s not, but the former SEAL isn’t ready to hurt the only family he has left. He’d rather spend time with the wolves he’s helping to reintegrate, but the sexy little pixie with the titanium attitude keeps dragging him out on another of her adventures.

When those adventures turn deadly, Sawyer and Myla have to learn to trust themselves and each other if they’re going to get out of the woods alive.

All rights reserved ©2019 Jemi Fraser Legal Disclosures: I use MailChimp to store information. If you subscribe to my reader newsletter. I never sell or share any personal information. Google Analytics is used to track website activity solely for informational purposes. This information is not sold or shared. For blog comments, please see Blogger and Google's privacy policies. For all links leading outside of my site, please see that site's privacy policy.