When love is worth the risk! 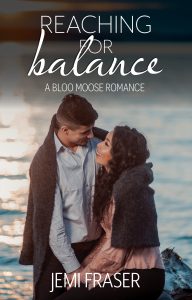 After a shootout, FBI Agent Rebecca Lin has gained temporary custody of her partner’s son while the man battles to survive. Unused to children, Rebecca decides to hide in Bloo Moose, a town she encountered in a previous case. No one in their right mind would ever look for Rebecca in a fishing town.

Gage LaChance runs LaChance Lodge, builds boats, and spends as much time in his woods as possible. After the death of his high-school girlfriend, he lives on the surface, never sinking too deep. Life is good and he plans to keep it that way.

When the uptight agent he met last spring arrives with a kid in tow, Gage knows something’s up. Agent Lin couldn’t pull off “camping with a nephew” if a tent popped out of her briefcase. Who camps with a briefcase?Worried about the kid, and drawn inexplicably to the woman, Gage jumps in to help Rebecca learn to relax.

Because she lets her guard down, the people looking for the boy find their way to Bloo Moose. Taking off into the woods, they’ll need Gage’s skills and Rebecca’s cool if they’re going to keep the boy safe.

Reviews for Reaching For Balance

This is one of those books you’ll want to finish before you put it down, while at the same time wishing that the story would never end. A mixture of suspense, family ties, and romance makes this the perfect read.
Masonreviewer
I was so caught up in the story and their lives, that the ending brought literal tears of joy to my eyes.
Lyndareviewer
Reading this novel was fun, but it was also a gentle reminder to seek joy.
Tyreanreviewer
I couldn’t put this book down and can’t wait to read more of this series!
Alyssareviewer
Previous
Next 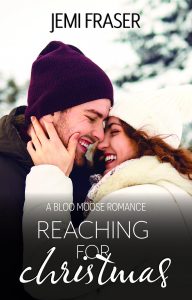 One photographer hiding from her past.

One writer hiding from his future.

Together can they figure out the present and find their happy ending?